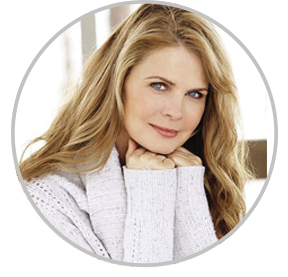 Born in Buffalo, New York, Dawn began modeling at the age of 17. She was discovered at a local parade and immediately moved to New York City to begin her modeling career. One year later she found herself gracing the covers of Italian Vogue, Italian Bazaar and Cosmopolitan.

In total Dawn has appeared on over 300 covers to her credit from many different countries. Dawn has been featured in campaigns for, Clairol, L’Oreal, Coty, Clarins, Valentino and Ralph Lauren. She has worked with such prestigious photographers such as Francesco Scavullo, Patrick DeMarchelier and Peter Beard.

Dawn is also active as a beauty expert and on-air guest for the Shopping Networks as well as a best-selling author of two beauty books. Dawn is married and raising a young daughter in New York City.